We’ve all heard that dog tags were used for military purposes with all their information engraved on it. Then, gradually they attracted the youth and entered fashion. Have you ever wondered how it all started? Well, dog tags have an interesting history, and we are here to dig it deeper for you! From 1861-1865, during the American civil war, pinned notes were stuck on the coats of soldiers with their personal information on it like names and addresses. This represents the idea of how things started.

During 1866, the idea of identification tags was supported in the Austro-Prussian War. But not all of them wanted to wear these, and so a proper record of casualties could not be found or created. There needed to be a stricter imposition of the rule or law for the same.

In 1870, the Prussian Army during the Franco-Prussian War nicknamed the identification tags as ‘Hundemarken’ which means a dog tag in German. This was because of its similarity to an animal registration tag.

In 1907, the British Army brought the concept of aluminium discs as identity discs and passed a proper order for the same. A machine was used to inscribe details of the military personnel into the metal. Their battalion, unit, serial number, etc., was indicated on the tag. The tags used to be circular in shape then.

The concept of having two tags with identical information came in 1916, where the US Army issued an order that while one identification tag will stay with the soldier’s body, the other will be kept with the burial in charge for keeping an account of the soldiers.

The rectangular-shaped dog tags with a notch came in existence during World War II. A notch is a cut or dent made at the end of the tag. The notch was used for better tag orientation. However, the idea of notched tags was dropped later because it did not succeed. But even today we use rectangular-shaped dog tags for men. Also, the nickname dog tag is now used extensively.

In the 1950s, for better accountability of soldiers, a slight change in the method of having two tags was made. Two chains were used. The long-chain had one identification tag, and the short-chain had another. The short-chain, at the time of death of the soldier, was tied around the toe and it was also called toe tag.

So dog tags have seen a lot of changes in design and method of usage over the years. Even today, dog tags are issued to military personnel, not for the basic purpose of identification but for symbolic purposes. Stainless steel and other corrosion-resistant materials are used for dog tags today.

After the 1990s, they have entered the fashion world. Dog tags today have become a popular men’s accessory because not only do they look appealing but also have a bold and heroic feel attached to them. People today get these customised with their details or any quotes they like. From basic and classy to fancy and flashy, all kinds of dog tags for men are available today.

After knowing the history of dog tags, don't you want to own one? Shop for some cool dog tags here at www.inoxjewelry.in. 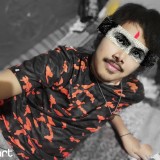